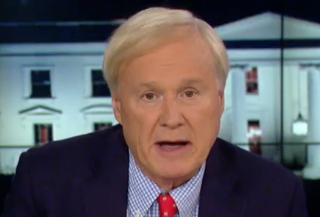 Hardball was the most watched show on MSNBC Monday, with Chris Matthews scoring 240K viewers in the 25-54 demo and 804K viewers total, compared to 764K for Rachel Maddow and 599K for Chris Hayes.

However, Matthews still came in third to his rivals on CNN and Fox News. Erin Burnett had 333K viewers in the demo and 848K in total, while Greta Van Susteren had 396K in the demo and 1,728K total.