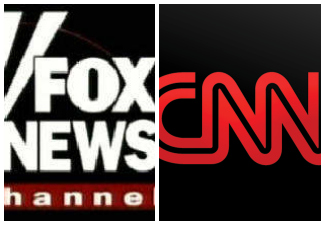 CNN’s heavy coverage of the protests in Ferguson, Missouri helped deliver the network a victory over Fox News in the primetime 25-54 demo Monday night. CNN averaged 423K in the demo while Fox had 405K. MSNBC was a distant third with 194K. Fox News held on to its #1 spot in total viewers 2.136M. CNN was second with 1.027M and again MSNBC was third with 854K.