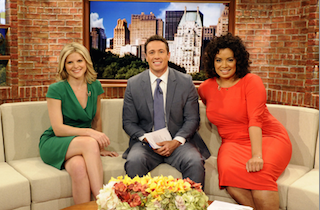 After a week in which it topped MSNBC’s Morning Joe in the 25-54 demo, CNN’s New Day dropped back down to 4th place in both the demo and total viewers Monday. CNN’s morning show had just 49K viewers in the demo and 261K total viewers.