Monday Cable Ratings: Fox’s The Five #1 in Demo for All Cable News with 500K+ 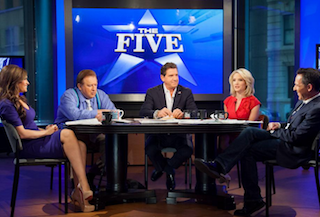 Fox News’ The Five was the highest-rated show in 25-54 demo across all of cable news Monday night with 508K viewers, beating The O’Reilly Factor‘s 371K and Special Report with Bret Baier’s 330K.