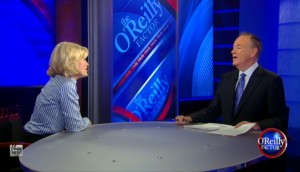 While Diane Sawyer‘s interview with Gabrielle Giffords was a ratings coup for her on Monday night, Bill O’Reilly found a secondary benefit: his interview with Sawyer attracted 725,000 viewers in the 25-54 year-old demo, the most of any show all night long. In fact, O’Reilly’s demo numbers were so large, if you combine all the demo viewers from the HLN slate, they still fall short of O’Reilly’s numbers by about 63,000.

Other nuggets from Monday night:

The rest of your Monday night ratings: