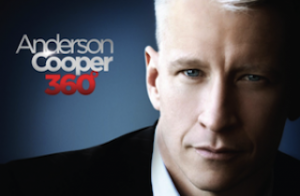 CNN’s Anderson Cooper came out ahead of MSNBC in both his 8pm and 10pm ET time slots Monday night in both the 25-54 demo and total viewers.

In both time slots, for the demo and total viewers, CNN came in second to Fox News.