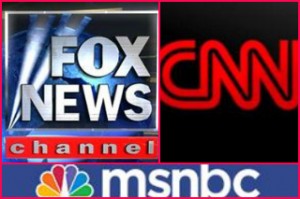 During heavy coverage of the Oklahoma tornado Monday night in prime time, CNN was #1 in the 25-54 demo with 790K viewers. Fox came in second with 632K and MSNBC was a distant third with 337K. Anderson Cooper‘s 10pm broadcast was a high point for CNN, winning the demo in that hour with 916K viewers.