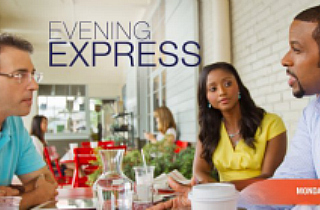 Monday evening, during the 6:00 p.m. ET hour, HLN’s Evening Express beat the rest of its competitors in the key 25-54 demo.