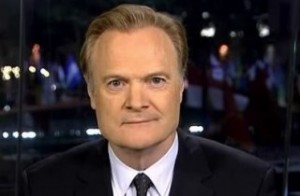 Monday night during the 10pm hour, MSNBC’s The Last Word with Lawrence O’Donnell came in third place in the 25-54 demo, behind a repeat airing of CNN’s Anderson Cooper 360. O’Donnell’s show did beat Anderson Cooper in total viewers, coming in second place behind Fox’s On The Record with Greta Van Susteren.