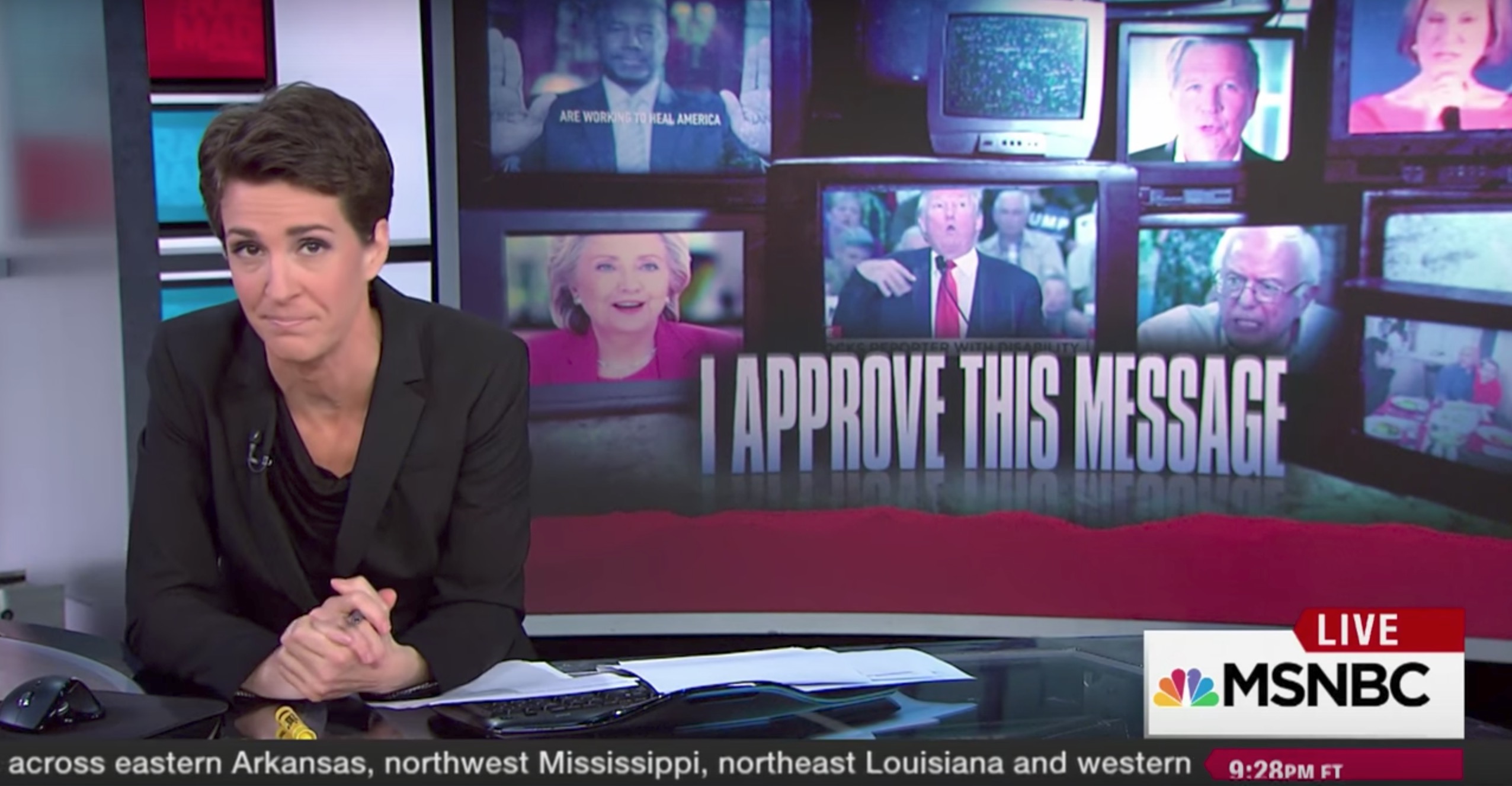 MSNBC ad rates have surged an impressive 43% since May last year, yet another indication that Donald Trump’s presidency is engendering an unprecedented interest in the daily news cycle.

According to a report by Adweek’s Jason Lynch, examining data from the Standard Media Index, while both CNN and Fox News have seen bumps in their ad rates, MSNBC’s have soared since 2016: “MSNBC was up 43 percent year over year, Fox News jumped 14 percent and CNN increased 12 percent.”

It’s important to note that while MSNBC’s rates have seen larger increases, Fox News still rakes in by far the most cash for ads in primetime.

In its first full month in Bill O’Reilly’s old time slot, Tucker Carlson Tonight had an average unit cost of $14,100. That’s 21 percent ahead of the $11,600 that The O’Reilly Factor averaged one year earlier.

Rachel Maddow’s MSNBC show, which has arguably seen the biggest ratings spike under the Trump administration, has been rewarded with a staggering 69 percent increase from last year: where a 30-second spot ran for $2,600 in May 2016, it now clocks in at $4,500.

News of soaring ad rates comes as the top three networks vie for dominance in a turbulent cable news landscape marked by a staggeringly newsworthy White House and a primetime shakeup at Fox News following the ouster of Roger Ailes and Bill O’Reilly, which threatened to end its long-running reign atop the ratings pile.