MSNBC Guest to Joy Reid: ‘Horrible Blow’ That Your Show Was Canceled 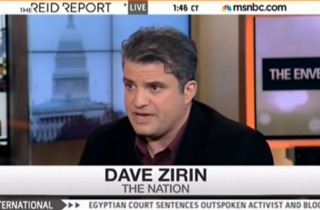 “I feel like I want to say, in this uncomfortable space — and I’m sorry if this is rude or anything — but how disappointed I am at MSNBC that this show is not gonna be on the air,” Zirin said in the clip flagged by Grabien. “I think it’s a horrible blow for people who love you and love your show, and look at you and think to themselves, ‘gee, maybe I don’t have to be a lying thug like Bill O’Reilly to get my own show. I can be a kind, good person and achieve on that basis.'”

Zirin added he think Reid will be “fine” in the long run, but said he “weeps” for people who look up to her. In response, Reid thanked Zirin, calling him a “true friend,” but quickly diverted the conversation back to another panelist.

Along with axing Reid’s show, as Mediaite reported last week, MSNBC also canceled Ronan Farrow‘s show following poor ratings. Mediaite’s Joe Concha opined that firing Reid and Farrow will do little to help the network; instead, he wrote, a better solution is to fire its boss, Phil Griffin.