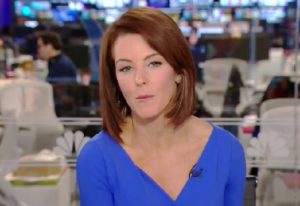 During a segment this morning, MSNBC host Stephanie Ruhle claimed that Fox News had held its Christmas party at President-elect Donald Trump’s recently opened Washington hotel. There’s just one little problem. The network hasn’t even had its party yet.

Leading a panel discussion on Trump’s business interests and his habit during the campaign of using campaign funds to pay his companies for expenses, Ruhle wanted to know if this revealed the level of conflict of interests we’ll see in his presidency.

After one guest stated that Trump had to legally reimburse his company or he’d be in violation of federal election law, Ruhle hit back by asking if he only had to use his products and then brought up the Trump International Hotel in D.C.

We reached out to Fox News to clarify this statement and were informed that Fox hasn’t had its party yet. That party is not scheduled to be held at Trump’s Washington hotel, or any other Trump property. Instead, it will be held at the Liaison Capitol Hill in D.C.

We reached out to MSNBC and will update the post accordingly.

UPDATED 3:00 PM ET: Ruhle addressed the issue during the 2 PM ET hour, apologizing for the mistake.

“This is some serious business that I need to share. I need to apologize to the audience. Earlier today in a segment I stated that the Fox network held their holiday party at Trump’s D.C. hotel. I was wrong. We’ve since learned that neither Fox network nor an affiliate held any party at Trump’s Washington hotel. I stand corrected. I apologize for the error. I am truly, truly sorry. The mistake entirely my fault. And of course, I wish all my friends over at Fox a very happy holiday no matter where you have your party.”