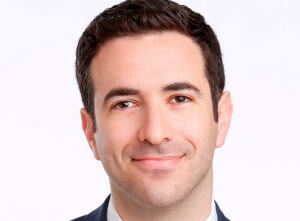 Talk to anyone who watches MSNBC–and it’s understood the number of those actually watching continues to drop as the network endures its toughest stretch in at least a decade–and many will tell you that its most unsung and therefore underrated host is the 34-year-old Melber. What makes the Michigan and Cornell Law grad stand out? From my perspective, it’s quite simple: his genuine curiosity to find the why and the how behind the stories he covers.

Throwing stones in cable news is easy. Targets present themselves every day. Selective outrage is all the rage. But with Melber, there’s rarely a time when he takes the easy route of simply casting blame (with the volume annoyingly cranked to 11) without trying to offer something resembling a pragmatic solution. It’s not sexy (for lack of a better term) but instead is a nice break from the usual circus that permeates much of cable news fare. And apparently, MSNBC President Phil Griffin also holds Melber in high regard, whether that is illustrated via naming him a co-host of The Cycle or as standard fill-in host on All In with Chris Hayes (where his most recent stint rated higher than the usual host), The Rachel Maddow Show, or The Last Word with Lawrence O’Donnell.

“I think the challenge for anyone in a visible industry, whether it’s media, government, or political organizing, is to take serious criticism seriously, and not to live in the shadows of the noise and the concern trolls,” Melber to Mediaite in a 2013 interview, adding, ““I think good political journalism is rooted in facts and precedent, but it swings for feeling. Facts without feeling don’t get you very far. Feelings without facts can send you far in the wrong direction.”

This morning, an official announcement was made on Morning Joe Wednesday morning that Melber will now also be MSNBC’s Chief Legal Correspondent. In this role, he will focus on legal issues as well as law enforcement, which is obviously a growing narrative… particularly in the cable news world. For his first assignment in the new role, Melber will do a deep-dive report on counter-cyber operations by the FBI in New York City.

The Chief Legal Correspondent job has been vacant for awhile now, with the last person to hold it going by the name of Abrams… who now holds that same title at ABC. Note: Melber will continue his usual Cycle duties and coming out of the bullpen when Hayes or Maddow need a night off, but will also be doing more deep-dive investigative pieces as well, which the network is wise to embrace since it’s clear it can’t survive on progressive analysis alone.

Ari Melber gets a promotion at a network more than a few on the air are worried about getting shown the door at.

It’s rare anyone gets to do what they love for a living. Melber gets to experience that feeling on two levels (legal/television)…and at a national level, no less.