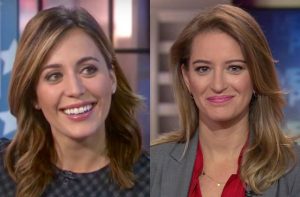 Tur in particular benefited from a raised profile during the election, when she was constantly attacked by Donald Trump while covering his rallies. “You’re not reporting it, Katy,” Trump pointed and yelled at Tur in one typical example.

In a tweet, Jackson also announced that she had been promoted to NBC News White House correspondent.