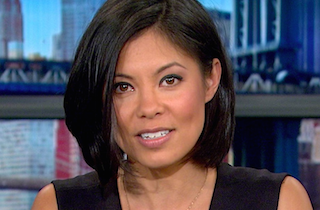 A little more than two months after MSNBC announced it was canceling Alex Wagner’s afternoon show to make way for Brian Williams’ breaking news coverage, it has confirmed what her new role on the network will be. Starting soon, Wagner will be launching a new show on MSNBC’s weekend schedule, replacing Up with Steve Kornacki, who will serve as the Monday evening host on Chuck Todd’s MTP Daily.

“It’s just the beginning. We are early days,” Lack said of recent changes to the network’s schedule, including the addition of MTP Daily, a Meet the Press off-shoot at 5 p.m. weekdays. “These were important steps, the first few steps, but there is a lot more we are thinking about. It’s a long game, as I have said, and we are just at the beginning of it. We have got a lot of parts and pieces we have got to fit into this puzzle.”

Kornacki shared the news with his followers on Twitter:

Starting today, I'll be the Monday host for MTP Daily (Chuck's day off) and will be reporting political news weekdays and nights.

Also happy to keep sitting in for Hardball. This is a new role I'm really excited for and I want to thank MSNBC for believing in me.

And here is how Wagner responded: