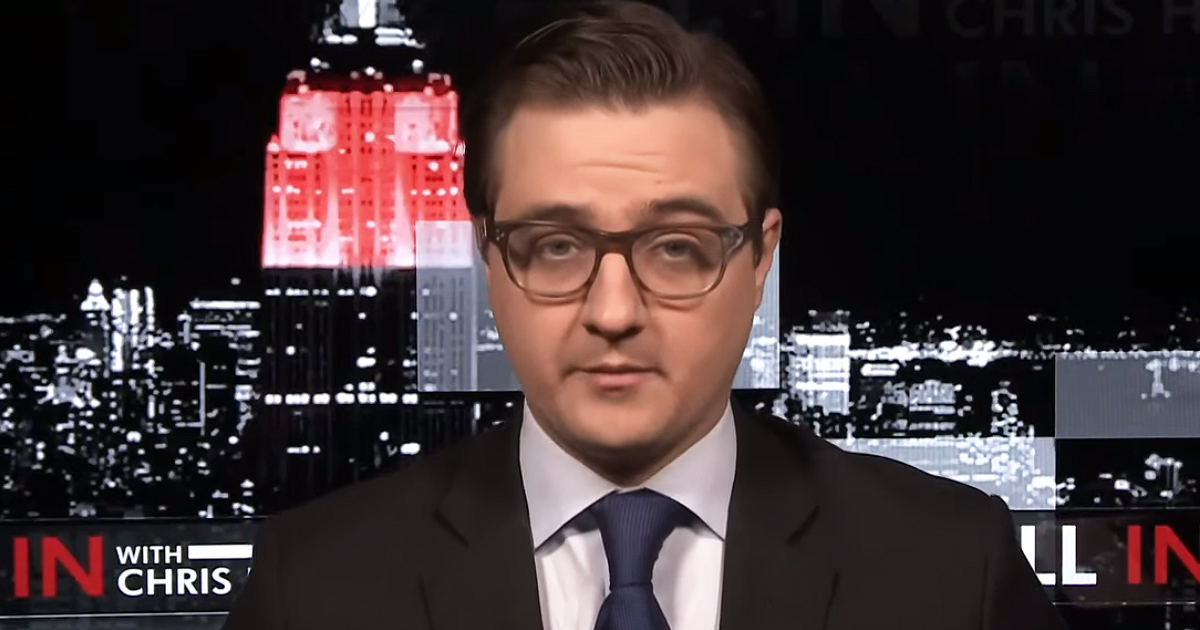 At Wednesday’s coronavirus task force briefing, President Donald Trump set the bar for his eventual and inevitable declaration of success in the fight against the Covid-19 pandemic: fewer than 100,000 deaths.

If the death toll ends up at “substantially under” 100,000 deaths, said Trump, then that would mean his administration “did a very good job.”

The clip of Trump discussing this was shared on social media, of course. And that’s where MSNBC host Chris Hayes came across it and retweeted the clip with his own hot take.

“The most cynical interpretation of all this, one I can’t quite bring myself to accept,” wrote Hayes, “is they rolled out the model showing 100k deaths after they knew it would be less than that so they could anchor everyone to that # and take a vicotry(sic) lap when ‘only’ tens of thousands died.”

The most cynical interpretation of all this, one I can't quite bring myself to accept, is they rolled out the model showing 100k deaths after they knew it would be less than that so they could anchor everyone to that # and take a vicotry lap when "only" tens of thousands died. https://t.co/hYiUCHhO5g

The conspiracy theory that Hayes couldn’t quite bring himself to “accept” but was very able to float and share with his 2.1 million followers met immediate response, even from friendly sources.

In his subsequent replies, the defensive Hayes attempted to mitigate the conspiratorial tone, perhaps in the hope of softening the implicit indictment of Drs. Deborah Birx and Anthony Fauci, who likewise touted and and described the models and charts at length to the American people.

“I think I’d distinguish between the integrity of the model and the good faith reasons for them using,” he wrote in a reply, “the macabre strangeness of it as this very explicit benchmark of ‘success’ that he articulates over and over as thousands of ppl die.” Between the things he was distinguishing between was a parenthetical. The good faith reasons “(which I don’t actually really question)” he wrote, now that he was done questioning them in his tweet that had, at the time of this post, 3,700 retweets and almost 15k likes. (By comparison, his hastily inserted, sorta-kinda walk-back had 1 retweet and 14 likes. Not 14k. Fourteen.)

In reply to a tweet from Washington Examiner‘s Tim Carney, Hayes objected to the objection by insisting his back door exit was the front entryway.

“I said I can’t bring myself to accept it!” he wrote with a convincing exclamation point. “But he’s been very very weird about ‘coming in under the model’ in this unnerving, disassociated way.” If you don’t recognize the format of that reply, it’s the conspiracy theory standby “hey I’m just asking questions” written as a sort of self-objection.

When 538’s Nate Silver said by reply that the conspiracy theory “doesn’t quite hold up,” Hayes responded that “it doesn’t hold up as a matter of the knowability of the future, but there’s a question – unanswered! – about when/how the IHME model became the focal point and the one they chose to walk everyone through *when* they did.”

“I tend to think it was driven by Fauci in good faith,” said Hayes, completing his hand-washing clumsily, while still not committing (“unanswered” and “tend to” are not definitive, friends.)

After Silver replied in greater detail, Hayes then walked back his walk back of walking back by saying that he’s “saying there’s a narrower question of when and why the WH chose to adopt and publicize the specific model they did when they did.” That is, he again floated the initial question that he was “just asking” … was this deception undertaken by the task force in order to make Trump look good later?

Some people, of course, embraced the theory that Hayes spelled out and them tried not to commit to without entirely backing out of it.

The minute he did it, we all knew that's what he was doing. https://t.co/MfcSSIDzbm

That is not cynical. You know that is true. Most people will not know our numbers are horrifying relative to other nations. https://t.co/NK8wWxn5GO

At the briefing where Trump made the comments that started Hayes tweeting, CNN’s Jim Acosta asked Drs. Fauci and Birx a question about misinformation, and specifically commentators “suggesting that the number of dead are being inflated.” He was referring, of course, to a different conspiracy theory, but it’s an interestingly applicable question here.

Because, despite a small handful of objections, Hayes’ tweet did not provoke widespread dragging or condemnation from others in the media. As in, the kind of firestorm such a conspiracy theory tweet would engender were Hayes from a different network.