MSNBC’s Mohyeldin Defends Islam Against Charges of Intolerance: ‘This Is Not a Religious Issue’ 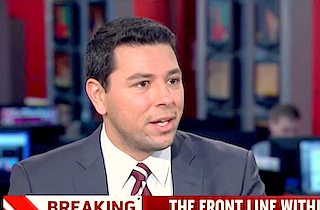 MSNBC reporter Ayman Mohyeldin disaggregated terrorism from Islamic stereotypes on Morning Joe Thursday morning, arguing that radicalized violence was a societal problem that was not endemic to or correlated with Islam.

“What I would say is there’s no freedom in this issue,” Mohyeldin said. “This is not a systematic problem of the way the religion teaches people to go out and practice their religion. The problem in the societies across the Arab world, where there is no plurality of ideas because they are such oppressive societies, you get one interpretation and that becomes the only way these individuals feel they have a right to defend their religion.”

Host Joe Scarborough asked if Mohyeldin believed Islam had a problem with tolerance, especially toward women.

“Absolutely not!” Mohyeldin said. “It’s the thing that a lot of people in the west like to throw out very quickly, say, ‘look, Saudi Arabia doesn’t let women drive.’ That is not a religious issue. There were no cars at the time of Islam, so nobody could have come out and said you can’t drive. But some people have decided to interpret their religion in a way that has become counter productive to women’s rights.”