MSNBC’s O’Donnell: Hillary’s Use of Private Emails Was ‘Completely Unacceptable’ 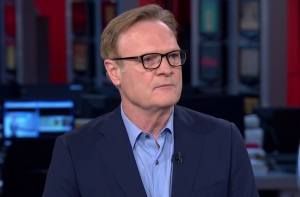 MSNBC host Lawrence O’Donnell, who is known for having more liberal views, said on Morning Joe Tuesday that former Secretary of State Hillary Clinton‘s use of a private email server was “completely unacceptable” and clearly in violation of State Department rules.

O’Donnell has been sharply critical of Clinton’s use of personal email in the past as well, but continued the attack during a discussion of the revelation that over a dozen work-relevant emails were missing from the batch Clinton handed over to the State Department at the end of her tenure.

O’Donnell cautioned that he didn’t think there was some missing “smoking gun” in the emails. “But look, it goes back to the original issues which is the proper custodial preservation of State Department e-mails, and all of the rules and protocols on that were violated,” he said. “There is no question about it. It was very clearly in violation.”

“And so then after the violation is made, when she’s a candidate for president, Hillary Clinton says, ‘I have now turned over all State Department e-mails, all of them. And the only stuff I didn’t turn over… was personal stuff,’” O’Donnell said. “Well, what we’ve now discovered is that statement, as she said it, is not true.”

“If you care at all about the Freedom Of Information Act, which is what liberals should care about here, that was an absolutely unacceptable choice from the start, that she used an e-mail system that way and then that she deleted it,” he continued. “That was to contradict the Freedom Of Information Act, Americans’ freedom, the press’ freedom to be able to request these kind of documents. That’s what it was about.”