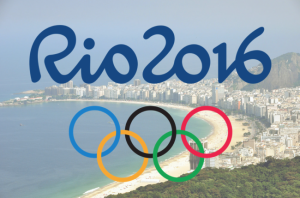 NBC paid $4.38 billion for the right to televise the four Olympics spanning from 2014 through 2020 — including this Summer’s Games in Rio.

Apparently, they intend to try to make it all back tonight.

The Opening Ceremony of the Olympics has A LOT of commercials, and people are noticing.

Let’s have our talent talk a lot, have a segment about golf, have a lot of commercials while the rest of the world sees it live. Good plan.

[guys smack balloons]
“the ceremony has begun!”
[commercials]
“brazil had a coup or w/e”
[a guy sings a song]
[commercials]

It honestly feels like I’ve sat down to watch commercials with a little bit of Opening Ceremony here and there.

In effort to realize record profits from Rio 2016, NBC to become first network to air more than 60 minutes of commercials in a single hour.

This must be an autocorrect, I’m sure “context” was supposed to say commercials. https://t.co/xphmvdMQBw

Really enjoying these 5-min segments of commercials on NBC interrupted by a few seconds of something called the "olympics"(?)

What is this Olympic thing they keep showing between these commercials?

We'll be back to these commercials, right after this small break to tell you about the Parade of Nations.

“Welcome back to the #Rio2016 #OpeningCeremony, we’re about to head to th—Oh we’re going back to commercials? Okay. We’ll be right back!"

This has been an Opening Commercials to remember! #Rio2016

Did… Did we just come back from commercials to watch Matt Lauer introduce an NBC Olympics coverage commercial, then go back to commericals?

I wish they wouldn't interrupt these commercials with these Olympic interludes, even if they are brief

Not counting the half-hour pre-game show, the first 40 minutes of the Opening Ceremony telecast featured 14 minutes of commercials. Worse than that, the pace of the broadcast has been quite herky-jerky, as those 40 minutes features six ad breaks.

If this keeps up, DVRs across America will surely be getting a workout.