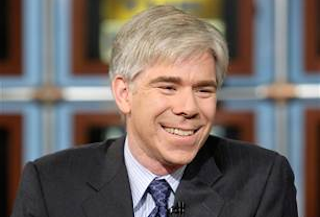 Read the full memo below, obtained by Mediaite:

There has been a great deal written about Meet the Press in the past few days, much of it quite ludicrous.

I wanted to reach out to reiterate my support for the show and for David, now and into the future, as we work together to evolve the format.

Unfortunately, some of the chatter has been vindictive, personal and above all – untrue.

NBC News is proud to have David in the important anchor chair of Meet the Press. He is passionate about politics, and is committed to getting answers for our viewers on the issues that matter to them the most.

Meet the Press has always been the must-stop place where news is made and critical conversations take place – and we will continue that charge while at the same time adapting and innovating with new ideas on all platforms and connecting what’s happening in Washington to Americans across the country. David is at the helm of these changes and will lead you and the program on the journey ahead.

Thank you for the work that you do. I am so grateful to have such a talented team driving this special program.

In his piece, the Washington Post’s Paul Farhi reported that NBC News hired a “psychological consultant” to interview Gregory’s friends and wife in order to “get perspective and insight from people who know him best” and hopefully get to the bottom of his ratings woes.

Later, in a statement, NBC clarified, saying Meet the Press “brought in a brand consultant—not, as reported, a psychological one—to better understand how its anchor connects.” They added, “This is certainly not unusual for any television program, especially one that’s driven so heavily by one person.”