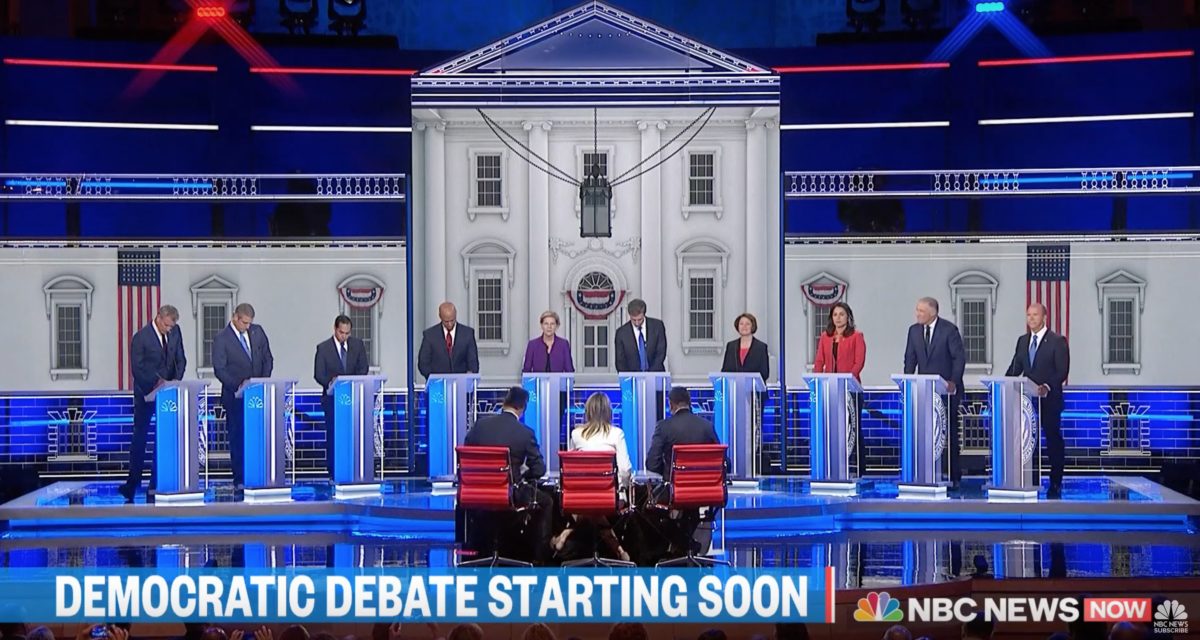 The numbers are in from the first night of the Democratic presidential debates and it looks like — despite technical difficulties — NBC managed to score.

According to data from Nielsen, the debate — which aired simultaneously on NBC, MSNBC, and Telemundo — brought in a total audience of 15.26 million total viewers. An audience of 8.67 million watched the debate on NBC, with another 5.87 million tuning in on MSNBC, and 719,000 on Telemundo. Additionally, 4.3 million viewers in the advertiser-coveted adults 25-54 demographic watched Wednesday night’s showdown featuring 10 Democratic presidential candidates.

Further, the debate live stream boasted 9 million viewers, according to a release from the network.

An audience of 15.5 million watched the first Democratic debate of 2016 — but then, that showdown took place far later in the election cycle, October of 2015. Wednesday night’s event aired more than seven months ahead of the Iowa caucuses. To add some further perspective, the first primary debate in 2008 drew just over 2 million viewers, and the 2012 election’s first debate drew about 3 million.

These numbers, the second-most ever for a Democratic primary debate according to CNN, do pale in comparison to the August 2015 Republican primary debate on Fox News — in which 24 million people watched Donald Trump square off against nine rivals.