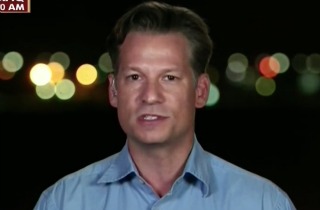 NBC News Chief Foreign Correspondent Richard Engel appeared on MSNBC immediately following President Obama‘s speech on ISIS. He told Rachel Maddow that some of what Obama said on ISIS was “wildly off-base” and oversimplified the situation.

Obama likened the fight against ISIS to how the U.S. fought al-Qaeda affiliates in Yemen and Somalia. Engel said, “I think it is wildly off-base, frankly. I think it’s an oversimplification of the problem.” He said unlike in Yemen or Somalia, ISIS controls “an area the size of Maryland” and it’s not comparable.

In addition, Engel said that there are Sunni villages that are just “afraid of the Iraqi army” and so the reality is, “that partner on the ground, in many ways, is a reason that people support ISIS in this country.”

In addition, Engel took to Twitter to give his not-so-kind reactions to the speech:

President keeps talking about partners and a broad coalition. I see broad verbal support, but few battle partners on the ground

President again compared this strategy to yemen. In yemen there is a partnered government. In syria there is a hostile adversary.

So the strategy is airstrikes, arab moral support to get sunnis on message, and rebuilding iraqi army (again) . Tough

Was this really the strategy for syria thats been three years in the making?

The US can drone and weaken isis, but a decade has shown, the US is not qualified to mediate sunni shiite divide.

Isis is a band of murderers, its strength comes from others weakness and divisions .