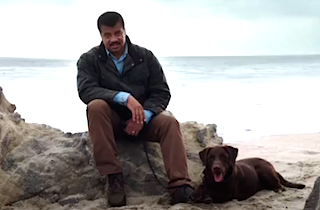 Back in March, when the first episode of Neil deGrasse Tyson’s Cosmos premiered, Oklahoma City’s Fox affiliate “accidentally” cut out the only 30-second mention of evolution. Judging by this just-released preview clip, this coming Sunday’s episode has the potential to be just as controversial.

In just two minutes, Tyson carefully dismantles on of the main tools used by climate change deniers to argue that the Earth could no possibly be getting warmer. “Okay, so if we scientists are so good at making these dire, long-term predictions about the climate, how come we’re so lousy about predicting the weather?” Tyson asks, before briefly taking on the guise of a skeptic. “Besides, this year, we had a colder winter in my town. For all the scientists know, we could be in for global cooling.”

This argument — basically that it’s cold outside so global warming doesn’t exist — has been employed by everyone from televangelist Pat Robertson to Fox Business Network host Stuart Varney just in the last few months.

In an attempt to debunk this notion once and for all, Tyson takes a walk down the beach with his dog on a leash. “Here’s the difference between weather and climate,” he says. “Weather is what the atmosphere does in the short term, day to day.” Just like his dog, who runs from side to side, easily distracted, weather is “chaotic.” 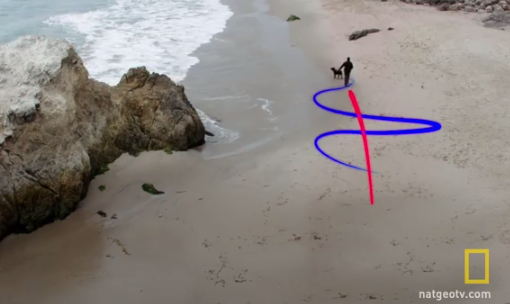 ”We can’t observe climate directly,” he explains. “All we see is the weather. The average weather over the course of years reveals a pattern. I represent that long-term trend, which is climate. Keep your eye on the man, not the dog.”

“Weather is hard to predict, like my friend here,” Tyson says, gesturing towards his dog. “But climate is predictable. Climate has changed many times in the long history of the Earth — but always in response to a global force.” In case you don’t know what “force” he’s talking about, Tyson clarifies that he means “the increasing CO2 from the burning of fossil fuels, which is trapping more heat from the sun.”

Will those easily-distracted deniers be able to keep their eyes on the bigger picture of the climate, or are they dooming the rest of us by only watching the dog?

Watch video below, via National Geographic: