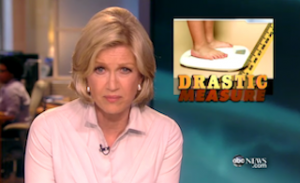 Last month, Harris Interactive surveyed 2,016 adults, giving them a list of 26 current affairs personalities and asking them to name their three favorites and three least favorites. The results, which were presented along with party affiliation of respondents, were released Monday to the general public.

The numbers get a little more interesting when mixing in political affiliations. O’Reilly was the favorite of Republicans (29%), while Sawyer was the favorite of Democrats (28%) and Independents (25%). Republicans dislike Nancy Grace (25%) more than any other current affairs personality, while Democrats and Independents singled out Limbaugh for their scorn (66% and 49%, respectively).

Some fun tidbits from the poll:

The full results of the Harris Poll can be found here.