New iPhone App Will Fact-Check Political Ads For You 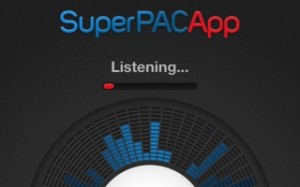 Have you ever been sitting at home, watching the latest episode of Generic Sitcom, and during the commercial break you see all these political ads making wild claims and strong assertions? It sure would be nice to know if the things being said were in any way true, and which groups have been putting these ads on TV. But who has the time? Well, a new iPhone app coming out today will tell you as it’s playing if the information in the ad is truthful or not.

If you’ve ever used the Shazam app, then it’s fairly easy to figure out the Super PAC App. It uses audio fingerprinting technology to listen to the political ads, and matches them up against the ads in their database. The database is constantly updated, and after a few seconds the ad you are listening to will be matched up with a record of it in the database. From there, the app provides you with all sorts of handy information about the commercial, according to co-creator Dan Siegel.

We think it’s still important to know basic facts. So the first screen is information including: Who is this organization? What are they called? Is it Restore Our Future? Is it Obama for America? Is Crossroads GPS? Is it Priorities USA Action? Then what are they? Are they the official campaign? Are they a super PAC? Is it something else? And then it’s how much money have they raised? How much money have they spent in this campaign season?…

[T]here’s an opportunity to go into another screen, which is the actual claims of the ad. So a user can click through and we’re disaggregating an ad into distinct claims. For each of those claims, here are objective, nonpartisan, third-party sources that are talking about that claim.

So you can quickly get a sense of, “Is this claim based in any kind of fact or is it all noise?” And hopefully that’s an opportunity for the user not to have to do a lot of homework to figure out, “Am I watching an ad that’s kind of true? Not true at all? Or actually, yeah, that is telling me some really valuable information.”

The app itself does not do the fact-checking, but instead compiles information from different fact-checking sources, including Politifact and FactCheck.org. It also helps identify which Super PACs are behind the ads.