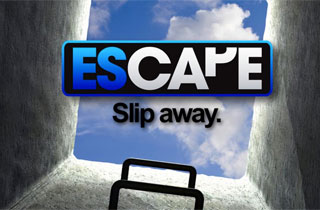 Wimmen. What do they want? Apparently, according to Jonathan Katz, a former TV executive launching two gender-specific television networks, they want to watch “women in peril.”

Introducing Escape, the television network for soccer moms smothered by societal expectations, which is best described as the results of a focus group that wanted to out-Lifetime Lifetime. (As Katz actually said in an interview with Newsweek: “That’s how Lifetime was born.”)

The motif women seemed to want was “women in peril,” Katz says…Indeed, Escape’s programming leans heavily toward true crime shows, such as Unsolved Mysteries and Snapped, as well as movies with victimized-yet-strong women protagonists, such as Single White Female and Dolores Claiborne.

As for why it’s called Escape, Katz explains there’s a “dual meaning — the emotional benefit of allowing women to watch the network, and get away from daily life.”

But if you think this is sexist, don’t worry! In the interests of gender equality, Katz presents Grit, a “manly” network inspired by, and we are not kidding, a video of Tom Selleck on a horse:

“Every time we put Tom Selleck on a horse on TNT, we got tons of ratings…We looked at what were the most successful male TV events outside of sports –- each one felt like a classic western, or a war movie,” he says, pointing to the History Channel’s Hatfields & McCoys, and HBO’s Band of Brothers. “We decided to create a network that represented the classic male hero archetype –- Clint Eastwood, Chuck Norris, Brad Pitt, Tom Cruise, you get the idea.”

“If it was a person, it would be the strong silent type.”