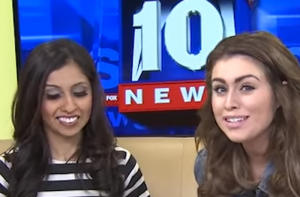 By now, if you’ve spent any time on the Internet in the last few days, you’ve probably heard of “Yelp Girl.” The outrage surrounding this one woman and her open letter to the CEO of her then-employer Yelp about her struggles to make ends meet with the wages she was being paid has been impressive, though not totally shocking, considering how quickly the peaks and valleys of response and rage materialize in the digital age.

Talia Jane is 25 years old and wrote her open letter using Medium. Following its publication, she was swiftly fired and, almost as swiftly, began trending and was trounced by Internet sleuths. The message she had tried to convey — that living on less than $24,000 a year is extremely difficult — was buried under tweet after tweet (and well-publicized response letter) about how she just needed to work harder. Neither her point nor the points of her detractors were necessarily unfair. The jokes she made and food she ate were dissected by the public, though, which could be seen as a little unproductive.

Still have no sympathy for ex-Yelp girl because she decided to live in a 1 bedroom in the Bay Area with the most basic of entry-level jobs.

We read whiner Talia Jane’s open letter to Yelp CEO this morning to our kids for a lesson on millennial entitlement. https://t.co/xb6TrnAaHa

#YelpGirl #Talia Jane is the face of the new entitled, POS generation that doesn’t want to work but begs for stuff. The face of #FeelTheBern

You can get more info on the whole convoluted e-mess here. Right now, we are going to move on to showcasing how this viral story has been displayed on the news. While the public is more than entitled to opinions and expression, things took an interesting turn when news anchors in Phoenix covered the story with obvious disdain.

Samia Khan and Kinsey Schofield of Fox 10 began their broadcast with Khan saying, “I feel like many of you on the Internet are going to get mad about this.” Schofield laughed uncomfortably and Khan hastily added, “Not that we’re telling you how to feel about the story!”

When Schofield tried to cap the segment by asking, “Are you outraged by this?” Khan jumped in again, saying, “You should be!”

Watch Schofield laugh awkwardly again while Khan realized what she had done above. Wait until the very end to hear, “Let’s do that ending again so we don’t get in trouble.”

So, like Schofield and Khan, I want your opinion, just not only about Jane. Do you think they were right to encourage viewers’ outrage or do you think they should have tried to be more objective in this situation?