How else to explain that that network’s 7:00 p.m. host, Greg Kelly, bizarrely tried to hit Fox News for not airing President Donald Trump’s farewell address in its entirety, when it absolutely did.

To open his Tuesday night show, Kelly re-aired Trump’s 20-minute valedictory speech, but not until after a brief introduction, in which he threw a sharp but totally misguided elbow at his cable new competitor.

“We are playing for you his entire farewell address,” Kelly added. “Incredibly, even Fox News would not air this. Only Newsmax, from its start to finish.”

That is, simply put, a lie.

Fox News aired the full address from 4:30 –4:50 p.m. during Your World with Neil Cavuto. And here is the relevant clip of that show to prove that we all are not insane and Kelly is completely wrong.

Kelly, it seems, figured out that he and his show failed perhaps the easiest fact-check there is, as he has since deleted the tweet below, which took another, even more direct shot at Fox. 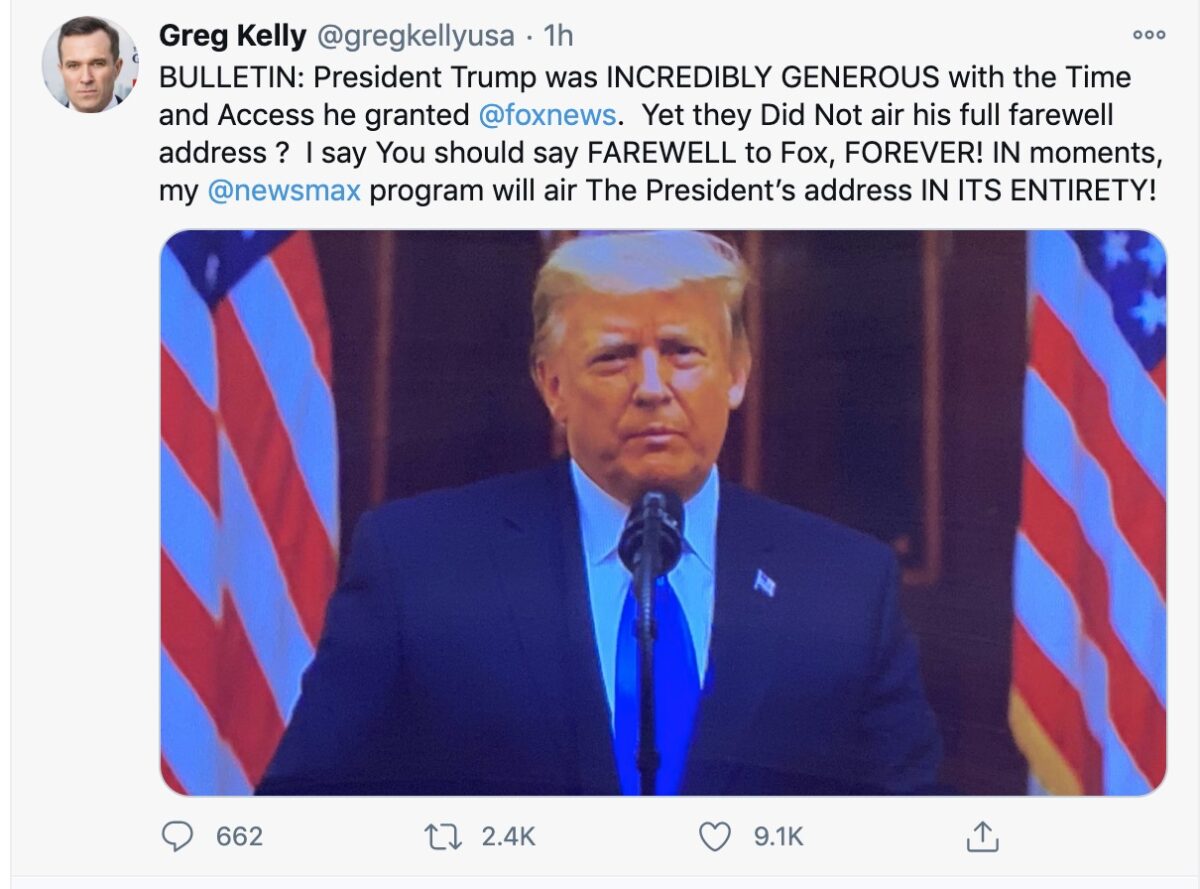 As this post was published, Kelly had not yet issued a correction or retraction of his 100% incorrect remarks, but then he has had a hard time grappling with reality in recent weeks.

Watch the video above, via Newsmax.