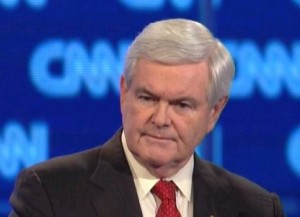 Republican hopeful Newt Gingrich excoriated CNN’s John King at Thursday’s South Carolina debate for asking if the former Speaker of the House wanted to respond to the allegations by Gingrich’s ex-wife that he had asked her for an “open marriage.”

“No, but I will,” a visibly angered Gingrich fumed. “I think the destructive vicious negative nature of much of the news media makes it harder to govern this country, harder to attract decent people to run for public office. I’m appalled you would begin a presidential debate on a topic like that.”

“Is that all you want to say, sir?” King responded.

“Let me finish,” Gingrich replied. “Every person in here knows personal pain. Every person in here has had someone close to them go through painful things. To take an ex-wife and make it two days before the primary, a significant question in a presidential campaign, is as close to despicable as anything I can imagine. My two daughters, my two daughters wrote the head of ABC and made the point that it was wrong, that they should pull it, and I am, frankly, astounded that CNN would take trash like that and use it to open a presidential debate.”

“This story did not come from our network,” King contended. “As you also know, it is the subject of conversation on the campaign. I get your point, I take –”

Watch Gingrich’s sharp response to King below via CNN: