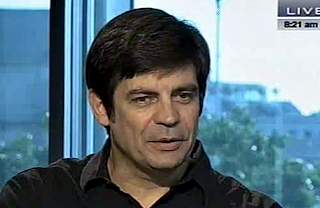 Reason editor Nick Gillespie appeared on C-Span Sunday morning and denounced the foreign policy punditry of Weekly Standard editor Bill Kristol and Washington Post columnist Charles Krauthammer, arguing that their track record, which includes the 2003 invasion of Iraq, left them with little room to speak on the subject of potential U.S. military intervention.

“Let’s be blunt,” Gillespie said. “[Kristol] has essentially zero wins in his column. When I think of the foreign policy mastery that comes out of the Weekly Standard, which was an instrumental mouthpiece for the Bush administration, and before that they were calling for intervention throughout the Balkans—In their short existence, they have never met a war they didn’t like.”

“For all of his plaudits, he has no credibility on foreign policy,” Gillespie continued. “Every decision that he has pushed and urged on America—including before 9/11, to start getting really antagonistic militarily with China—has been wrong. It’s about time that we stop paying that much attention to a kind of perspective on military action that coming out of the Weekly Standard.”

“People who are interested in going to war are always in favor of war, and then they always criticize when war doesn’t go well,” Gillespie said. “Pundits, every once in a while, should be held accountable for their past recommendations, and these guys have a track record that is god-awful.”