Nicolle Wallace: Why Did NY Times Endorse the ‘Most Secretive’ President for Reelection?
video

Nicolle Wallace: Why Did NY Times Endorse the ‘Most Secretive’ President for Reelection? 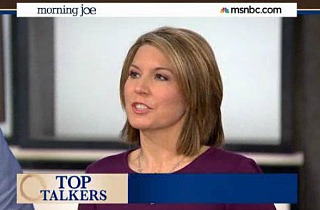 New York Times Executive Editor Jill Abramson recently said in an interview with Al Jazeera America that she believes President Barack Obama’s White House is the “most secretive” she has ever covered in her career in journalism. The comment prompted MSNBC’s Morning Joe guest and Republican strategist Nicolle Wallace to wonder why the New York Times would endorse the president in 2012 given their chief editor’s concerns about him.

Wallace said that she found the quote striking particularly because George W. Bush’s administration had worked with the Times on a number of occasions to keep stories relation to sensitive national security issues a secret.

“My perception is that this administration has been particularly good at not having leaking,” Steven Rattner, himself a former Obama administration official, said.

“She can call that ‘secretive,’ on one level I think that’s running a tight organization,” Rattner continued.

“It’s striking to hear the New York Times, who twice endorsed President Obama quite glowingly, call them the most secretive White House in history,” Wallace submitted. “If those were concerns she had two years ago, why not air them in the glowing editorial?”

“It’s hard to find any administration, from the Nixon administration forward, that has had a tougher approach to the press,” host Joe Scarborough remarked.

“I think he’s had a historically difficult relationship with his own press corps,” Wallace concluded.