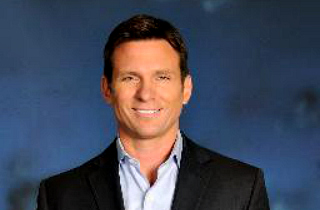 A letter from ABC News President Ben Sherwood to his news division reveals the changes. Partial excerpt below:

I am delighted to announce that Dan Harris is becoming a co-anchor of Nightline. Effective immediately, he joins Cynthia McFadden and Dan Abrams at the helm of our award-winning late night program which recently closed out the 2012-2013 season beating its competition on CBS in every demo and consistently improving ABC’s performance at 12:35 am.

Bill Weir informed me this week that he is leaving ABC News for another opportunity in the news business.

Dan will continue to co-anchor the weekend edition of Good Morning America, a role he has held since October 2010. The show is posting its best ratings in years. Just last week GMA Weekend won the 2012-2013 season as the most-watched Saturday morning program in total viewers and Adults 25-54.

Dan is one of our most versatile anchors-covering many of the biggest news stories for all of our broadcasts since he joined the network in 2000, including mass shootings in Newtown, Connecticut, Aurora, Colorado and Tucson. He has covered natural disasters from Haiti to Myanmar to New Orleans. He has also reported from combat zones in Afghanistan, Israel, Gaza and the West Bank, and has reported from Iraq on six occasions.

Before anchoring Nightline, Weir was a co-host of Good Morning America‘s weekend edition from 2004 to 2010. Before that, he had various roles in both television writing and journalism, beginning as a general assignment reporter and weekend sportscaster at ABC-affiliated KAAL in Minnesota.

Harris has been with ABC News since 2000, working as a general correspondent in addition to his weekend GMA duties. He has also taken turns anchoring World News and Nightline. From 2006 to 2010, he anchored ABC’s World News Sunday.