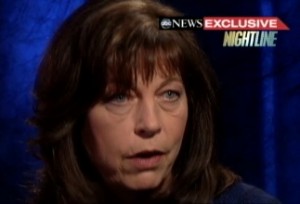 ABC News has released a preview of it’s upcoming bombshell interview with Marianne Gingrich, second wife to former House Speaker Newt Gingrich, and it is, indeed, a doozy. In fact, when reached for comment, several prominent doozies even exclaimed “Whoah!”

In the brief clip, the former Mrs. Gingrich tells Brian Ross that the current White House hopeful tried to talk her into an open marriage, but she refused. Politically, the revelations from this interview threaten to nullify a day of devastating hits to frontrunner Mitt Romney.

RELATED: Drudge Gets Exclusive, But When Will ABC Air Interview With Marianne Gingrich?

The clip is creepily intimate, as Ms. Gingrich tells Ross that her then-husband told her “You want me all to yourself. Callista doesn’t care what I do.”

“What was he saying to you, do you think?” Ross asks.

“Oh, he was asking to have an open marriage,” she responds, “and I refused.”

“He wanted an open marriage?”

“Yeah, that I accept the fact that he has somebody else in his life,” Gingrich responds. She says she told him “No, no. That is not a marriage.”

RELATED: Newt Gingrich On Today: ‘I’m Not Going To Say Anything Negative About Marianne’

It’s unclear how much Newt Gingrich’s already known, patriotism-fueled adulterous past inoculates him against this, at least with primary voters, but should the former Speaker somehow win the Republican nomination for president, this kind of thing will surely damage him anew. The timing here is awful for him, as frontrunner Mitt Romney has been dealt a series of blows.

The announcement that Romney actually lost the Iowa Caucuses, the attacks on his record at Bain Capital, negative buzz surrounding his yet-to-be-revealed tax returns, Rick Perry‘s exit from the race, and anticipated endorsement of Newt Gingrich, and reporting on his Cayman Island investments all figured to weaken Romney going into this weekend, but Gingrich may now be unable to capitalize on all of that. Can Rick Santorum possibly close the gap in time to take advantage of all of this?