‘No One Would Hire Him’: Olbermann’s Inability To Get A Job May Have Helped In Current TV Settlement

‘No One Would Hire Him’: Olbermann’s Inability To Get A Job May Have Helped In Current TV Settlement 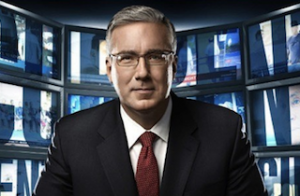 Keith Olbermann recently settled his $50 million lawsuit against former employer Current TV out of court and received a “significant” unnamed sum. Now, according to a report in POLITICO, it appears that Current TV’s decision to settle may have hinged on Olbermann’s inability to get a job at any other network after he was fired in March 2012.

Olbermann reportedly pursued several other broadcast and cable networks, including ABC News and former employer ESPN, while he was still under contract at Current TV. Representatives from Current cited his intentions to leave the network as justification for his firing during mediation, but since none of the networks he pursued offered to hire him, Olbermann’s representatives deemed that fact moot. “No one would hire him, and that became a negotiating ploy,” an unnamed source told POLITICO.

The source added, “One of the cards his people played was hardship. He spent last fall talking to all the major networks, and he couldn’t get a job. The idea was, this could be the last money he ever earned.”

Olbermann was still pursuing a return to sports broadcasting at ESPN as recently as last week when he dined with ESPN president John Skipper at the Four Seasons Restaurant in New York City. Skipper told The New York Times that “there was no real appropriate place for Keith to come back, nor did I feel like I was prepared to bring him back.”

Now that Olbermann’s lawsuit with Current TV is settled, it could open the door for him to return to television, that is, if anyone will hire him.