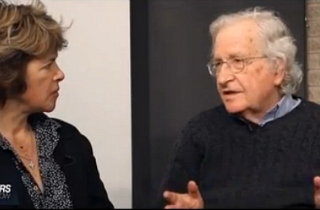 Continuing his streak of fiercely criticizing President Obama’s foreign policy and civil liberties record, pre-eminent left-wing scholar Noam Chomsky told GRITtv that this administration is “dedicated to increasing terrorism” throughout the world via its own “terrorist” drone strikes in foreign lands.

Speaking with GRITtv host Laura Flanders about the National Security Agency snooping scandal, Chomsky remarked that “the Obama administration is dedicated to increasing terrorism; it’s doing it all over the world.”

He continued: “Obama is running the biggest terrorist operation that exists, maybe in history: the drone assassination campaigns, which are just part of it […] All of these operations, they are terror operations.” Drone strikes are “terror” because, Chomsky said, the attacks have the effect of “terrorizing” locals.”

“You are generating more terrorist operations,” Chomsky pointedly said. “People have a reaction” when they lose a loved one to an American drone strike, he added. “They don’t say, ‘Fine, I don’t care if my cousin was murdered.’ They become what we call terrorists. This is completely understood from the highest level.”

He recalled the recent congressional testimony of a Yemeni man named Farea al-Muslimi, who described how a single drone strike managed to “radicalize” his entire village against the United States.

Watch below, via GRITtv: