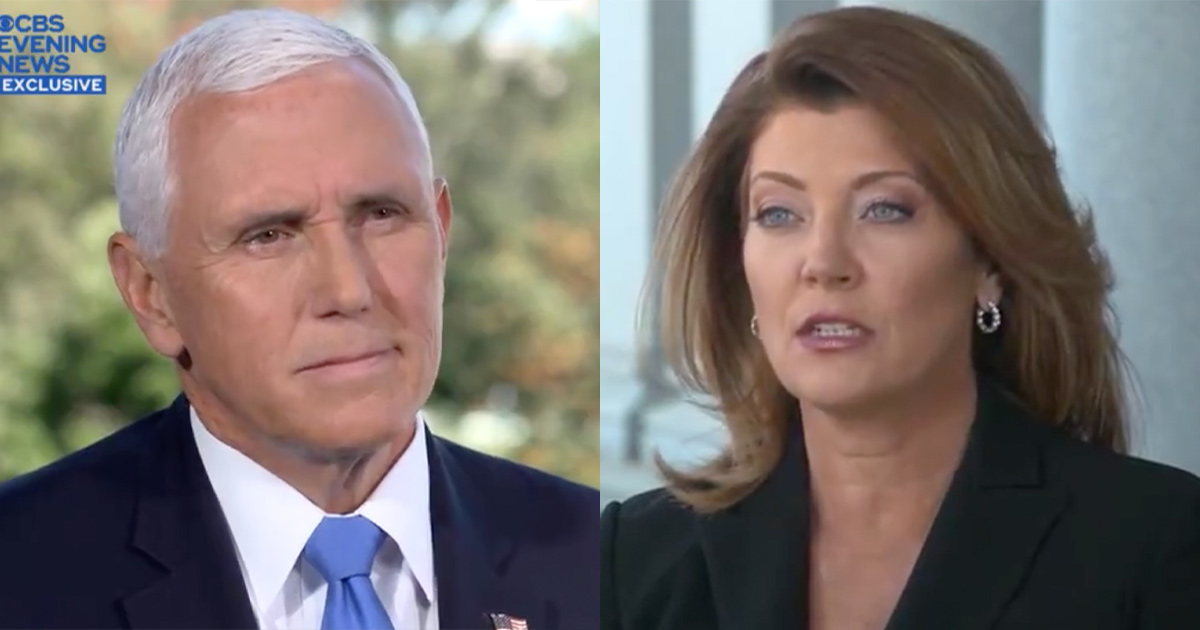 The CBS Evening News anchor noted how the Supreme Court is going to take up the Affordable Care Act and asked if they want a justice who will strike it down.

“We’ve long believed that the individual mandate at the center of Obamacare was unconstitutional,” Pence said, “but make no mistake about it. The president’s also been very clear that we’re going to make sure that any American with preexisting conditions continue to have coverage.”

NEW: @VP Mike Pence tells @NorahODonnell that “in the days ahead” Pres. Trump could use “executive branch authority” to take action on health care “to make it clear to every American that those that are facing preexisting conditions…will not be denied coverage.” pic.twitter.com/n2zF2yxEQ0

He referred to action Trump will be taking “in the weeks ahead.”

“With all due respect, Mr. Vice President, I know you keep saying that,” O’Donnell said, “and promising a health care bill, but you haven’t produced it yet. Why should Americans believe you and the president that you’re going to protect people with preexisting conditions?”

Pence brought up previous Republican efforts to try and repeal and replace Obamacare, saying they were disappointed it ultimately failed in the Senate but that they’ve “never given up.”