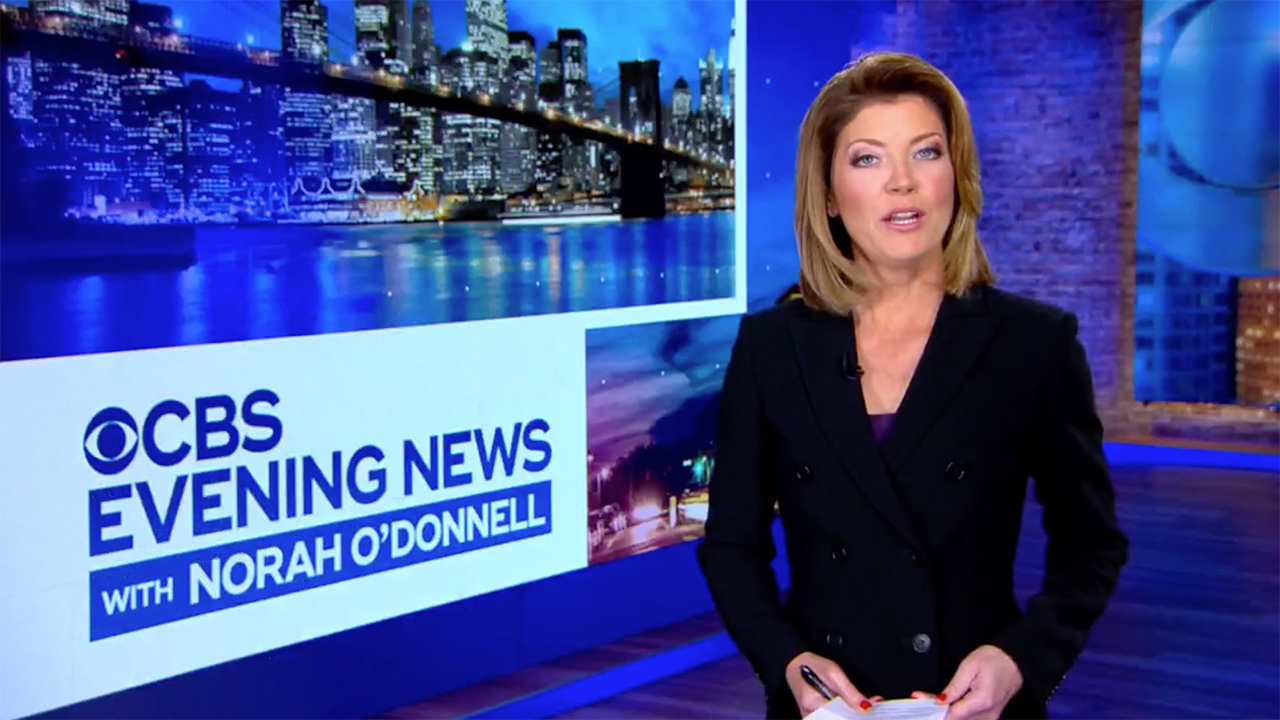 Norah O’Donnell‘s tenure as host of the CBS Evening News is off to an inauspicious ratings start.

According to data from Nielsen, O’Donnell’s debut broadcast on Monday night averaged 5,608,000 total viewers, and 929,000 in the advertiser-coveted adults 25-54 demographic. For comparison, the same date last year pulled down 5,693,000 overall, and 886,000 in the key demo. CBS’s one percent drop year over year, however, represents slightly less of a downtick than NBC (10 percent) and ABC (four percent) on the same day last year.

The previous Evening News host, Jeff Glor, averaged 7.1 million viewers during the week of his debut in December 2017 — although viewership that month is generally higher than it is in the summer.

O’Donnell debuted to mostly positive reviews on Monday night from critics. Among her early guests, O’Donnell has spoken with Amazon chief Jeff Bezos and Caroline Kennedy. She also took her show on the road to the Kennedy Space Center Tuesday — in honor of the 50th anniversary of the launch of Apollo 11.

The numbers keep the revamped CBS nightly broadcast in third place, behind NBC and ABC. ABC’s World News Tonight with David Muir topped total viewers of the networks with 7.93 million and 1.5 million in the demo. NBC’s Nightly News with Lester Holt came second in total, with 7.07 million viewers, but won the demo out of the three, with 1.56 million.