NY Governor Cuomo: There Is a ‘Foreign Connection’ to Bombing Attacks
VIDEO

NY Governor Cuomo: There Is a ‘Foreign Connection’ to Bombing Attacks 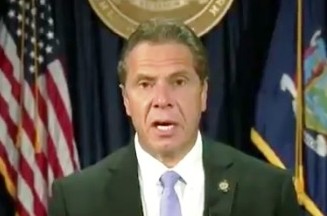 During on interview Monday on Fox News, Democratic New York Governor Andrew Cuomo told hosts that evidence suggested there was a “foreign connection” to the weekend’s bombings.

When asked about his comments later on Fox & Friends, Cuomo was more explicit and stated there was indeed a connection. “Well, when we had spoken yesterday about the incident, I said that I believed it was clearly an act of terrorism by definition… We didn’t know if there was a foreign connection and I said that we’re going to have to wait and see. Maybe there’s a group that will claim ownership or we’ll find out who was behind it,” he said.

.@NYGovCuomo: There is a foreign connection to the NYC attack pic.twitter.com/EsdXUe9ZZl

Later during the interview, the FBI released the image and name of 28-year-old Ahmad Khan Rahami, and Cuomo confirmed that was the person he was talking about. “That is the person they are looking for, and that again would suggest a foreign connection to the situation,” he said.