Obama on Gruber: No, We Did Not Mislead to Get Obamacare Passed

Obama on Gruber: No, We Did Not Mislead to Get Obamacare Passed 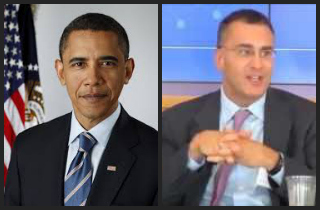 On Sunday, President Barack Obama finally spoke out about the claims from MIT professor Jonathan Gruber that the passing of the Affordable Care Act depended largely on a “lack of transparency” and “the stupidity of the American voter.”

The White House had previously dismissed Gruber’s claims as “simply not true,” but this marks the first time the president himself has addressed the Obamacare consultant’s candid remarks.

“The fact that an adviser who was never on our staff expressed an opinion that I completely disagree with in terms of the voters is not a reflection on the actual process that was run,” the president said during a press conference closing the G20 Summit in Australia.

According to Politico, the president was directly asked whether he had misled voters in order to pass his signature law. “No, I did not,” he said.

Obama said the notion that any provisions in the bill were hidden is absurd given the intensity of news coverage of the subject when the bill was being drafted and debated in Congress.

“I would just advise every press outlet here: Pull up every clip and every story. I think it’s fair to say there was not a provision in the health care law that was not extensively debated and was fully transparent,” the president declared. “It was a tough debate.”

As others will surely note, the president himself has previously admitted to using poor wording while selling the bill, perhaps most infamously in his repeated promise that “If you like your plan, you can keep your plan” under the new health care law. For many, that turned out to be untrue.