Olbermann Denies ‘Content Clause’ In ESPN Contract: ‘If I Wanted To Do Politics, I Would Still Be Doing Politics’

Olbermann Denies ‘Content Clause’ In ESPN Contract: ‘If I Wanted To Do Politics, I Would Still Be Doing Politics’ 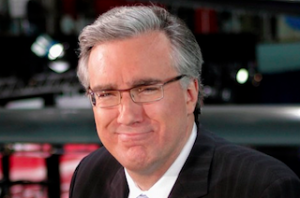 During a conference call with reporters today, Keith Olbermann pushed back against the idea that he wants to be covering politics, but has been forced back into covering sports. Olbermann, answering questions about his just-announced new show on ESPN2, said, “If I wanted to be doing politics, I would still be doing politics.”

Earlier in the day, a New York Times article announcing the renewed partnership earlier today, indicated that Olbermann’s contract bars him from discussing politics on his own show.

Olbermann attempted to correct the record on the issue, insisting that “there’s no content clause in the contract.” He clarified, “The key three or four words about this are: It’s a sports show. The idea that I would want to do anything that was not specifically sports-related, even in a political context — I don’t know where that would come from.”

Offering specific examples of how politics could seep into his new show, Olbermann said, “If the House is considering a bill to make PED use a capital offense, we will cover it. If Barack Obama runs onto the field during the All Star Game, we will talk about it. If George W. Bush wanted to talk baseball I would be happy to have him, but we are not going to talk politics.”

Additionally, Olbermann said he saw the new show as a “change put a different ending on my story with ESPN.” He added, “I know we can’t go and undo everything that happened 20 years ago in those environs, but I’d like to do my best to…get a fresh start.”