During a segment on MSNBC’s The Beat, host Ari Melber was discussing President Donald Trump’s latest tax reform speech, as well as Trump cutting a deal with Democrats over a short-term debt ceiling agreement.

As Melber was trying to highlight that Trump’s push for lower corporate taxes went against his populist image, all a viewer could do was look over the MSNBC host’s shoulder — and notice a major error. 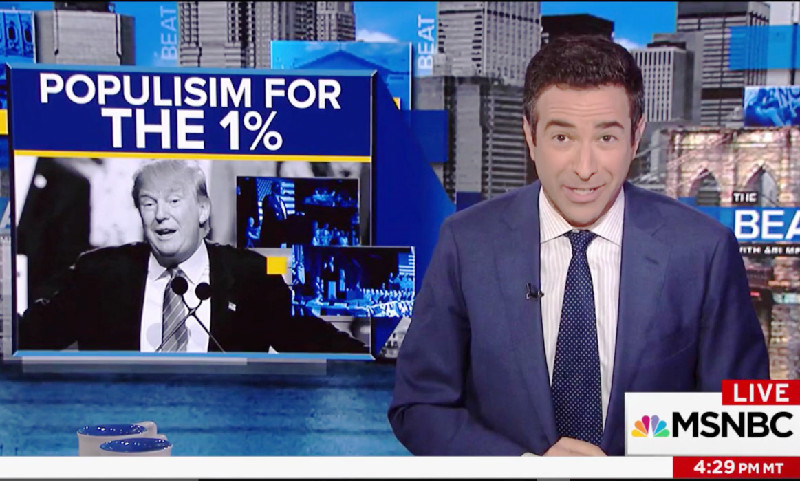 Yep. Whoever was doing the graphics this afternoon on Ari’s show, they apparently forgot to use spell check.

And to drive the whole thing home, as Melber moved into his interview with Sen. Sherrod Brown (D-OH), the host said the following:

“The real fight ahead as Trump is trying to make regular Americans pay more taxes so corporations can pay less. Some are calling it populism — but populism spelled backwards.”

We have reached out to MSNBC for comment and will update this post if we hear back.