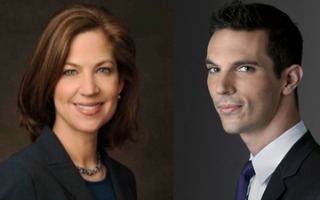 During Mitt Romney’s press conference on Wednesday morning in which he condemned the response to attacks on U.S. embassies in North Africa by members of President Barack Obama‘s administration, reporters were caught on tape coordinating their line of questioning.

The reporters caught on tape were identified by NewsBusters as CBS’ Jan Crawford and NPR’s Ari Shapiro. The audio of the exchange is available on The Right Scoop.com.

It is not uncommon for reporters to coordinate their line of questioning ahead of a press conference where there will be limited time and only a handful of reporters selected to ask questions.

However, some conservatives have expressed irritation that the reporters’ coordination focused on the tone and timing of Romney’s statement rather than the policy proscriptions he would advance in order to preempt future attacks similar to Tuesday’s assault on the American consulate in Benghazi.