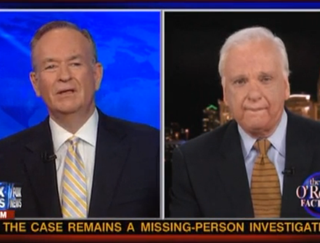 Last week, Chris Matthews asked a question of the American electorate that triggered Bill O’Reilly‘s censors for media bias, particular with regards to President Obama: whether the fact that he is the first black president would make some voters reluctant to vote him out of office. As with all Mondays, he turned tonight to Bernie Goldberg for analysis, who actually gave Matthews credit for bringing up a “not bad” question, but argued it was indicative of an “obsession” with race on the American left that was pervasive of all politics on their side.

O’Reilly began with some praise for the President: “I thought Barack Obama ran a very worthy campaign in 2008, didn’t get into any racial stuff at all.” And he did not put Matthews’ statements on the Presidents’ shoulders. Goldberg turned to the words of Ann Coulter to explain what was going on in Matthews’ mind: “he’s a liberal, and liberals are obsessed with race… the two groups that are obsessed with race [in America] are skinheads and liberals.” He then broke down a number of questionable comments Matthews had made to prove his point– most notably the time after President Obama’s first State of the Union address Matthews commented he had “forgotten [President Obama] was black.”

That said, to Goldberg, the question, “‘Will there be reluctance to toss Barack Obama out because he’s black? It’s not a bad question.” Both Goldberg and O’Reilly agreed that there were people who voted for and against the President because of his race, but then returned to the original point about liberals: “when I asked Barack Obama in the Super Bowl interview ‘Are you a football guy?’ I was immediately branded a racist by Media Matters.” He expressed frustration at the fact that “this conversation has to center around a man’s color at all,” arguing, “he should be elected or defeated based on his record.” “Every reasonable person agrees with that,” noted Goldberg.

Goldberg concluded by responding to Washington Post writer Erik Wemple, who had taken some shots at the “Weekends at Bernie” segment generally: “there are many smart people who write about the media but Erik Wemple is not one of them,” explaining that “you can’t live in a free country for long without a fair press… that’s why you and I criticize it, because we know that in a free country we need a fair media.”