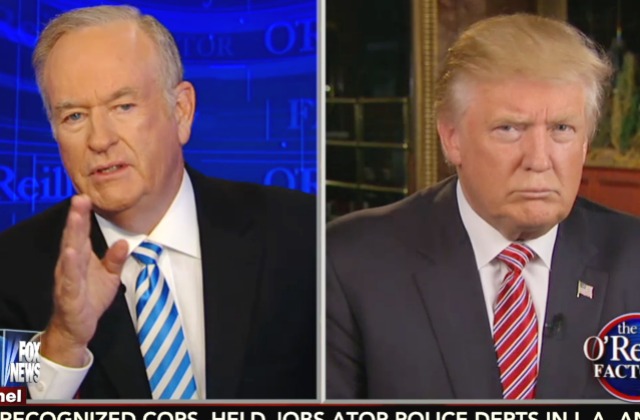 Bill O’Reilly has scored the coveted presidential Super Bowl interview, and this week he previewed his preparation for the big sit-down with President Trump.

You may remember that in 2014, O’Reilly interviewed Barack Obama before the Super Bowl and had a few contentious exchanges with him, including Obama’s infamous comment about there not being “a smidgen of corruption” at the IRS. They also faced off before the big game in 2011.

But in speaking with Variety about his face-off with Trump this coming Sunday, O’Reilly said, “I would say it’s the most important interview of my life. There is so much happening and so much controversy and so many things in play. I need to get to the heart of the matter, and I will.”

He explained that he’s going to focus a lot on Trump’s executive orders and the big public reaction around them, but he also had this to say when asked about fact-checking the president:

“What the President says is what he says, and after that, it will be verified. I’m not a fact-checking machine,” O’Reilly said, noting that he can’t hold up an interview with only a limited time frame. He expects the media will immediately do its own analysis of the session. “My job is to do questions that draw him out into very important areas.”

In the past year, O’Reilly has been been criticized for being too soft on Trump, but he has been confrontational with Trump on multiple occasions.