O’Reilly to Beck: If Obamacare Implodes, Democrats Will Be ‘Banished For 10 to 15 Years’
video

O’Reilly to Beck: If Obamacare Implodes, Democrats Will Be ‘Banished For 10 to 15 Years’ 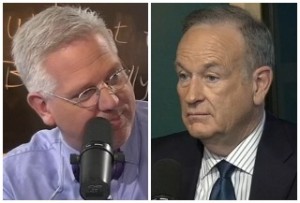 Bill O’Reilly joined Glenn Beck on Monday to promote his book Killing Jesus and talk about the political drama over Obamacare and a possible government shutdown. O’Reilly lamented how little the American people care about these issues, said that the media would end up spinning a shutdown in President Obama‘s favor, and predicted that if Obamacare is implemented and it turns into a huge disaster, “the Democratic party will be banished for ten to fifteen years.”

O’Reilly told Beck he believes Ted Cruz‘s opposition to Obamacare is sincere, but at the same time he said compromise is essential for anything to get done and neither side can have the “my way or the highway” attitude.

O’Reilly also bemoaned how little people really care about this issue, tying technological distraction to political apathy that allows an “elite governing the country” doing whatever it wants without much public pushback, which Beck found to be a very “depressing,” “fascistic” painting of what’s to come.

O’Reilly said that about half of Americans simply have “no blanking clue what’s going on.” Beck asked him what he thinks is going to happen if Obamacare is implemented and turns into a massive disaster. O’Reilly responded, “Then the Democratic party will be banished for ten to fifteen years,” meaning the political fallout will be so great they’ll end up in the minority in both the House and Senate, and they won’t control the presidency in a long while.