Palin, Van Susteren Pile on MSNBC: How Can ‘Anyone Be This Mean to an Innocent Child?’ 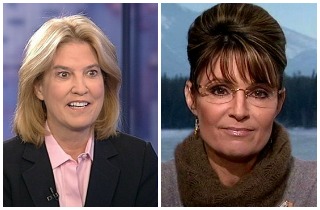 Fox News Channel personalities Greta Van Susteren and Sarah Palin weighed in with their thoughts on the controversial remarks made over the weekend on MSNBC’s Melissa Harris-Perry when a panel of guests took shots at the adopted African-American grandson of former GOP presidential candidate Mitt Romney. Both pulled no punches while castigating the eponymous host and her network for the “reckless insults” directed at the Romney family and their grandson.

“How could anyone – MS/NBC host – be THIS cruel to a child?” Van Susteren asked on her blog. “This really is about as cruel as you can get to a child.”

The Fox News anchor scolded the “coldness and awful motive” of mocking the Romney family for this choice because, while adults brush off the insults, the comments do hurt the children.

“In my wildest dreams I can’t understand or imagine anyone being this mean to an innocent child,” Van Susteren added.

Palin focused more on the editorial tone on MSNBC than the comments made by Harris-Perry or her guests. “Leftist media hounds are not expressing an opinion with this attack; they are expressing a prejudice that would never be accepted if it came from anyone else but the lib media,” Palin wrote on her Facebook page. “This latest attack from the Left is despicable.”

“You really need a conscience, yellow journalists,” she continued. “May your 2014 New Year’s Resolution be to find one.”