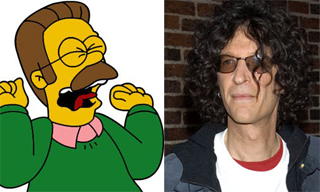 Ah, it’s our weekly “Fuddy Duddy Group Whines about Entertainment Brand X” story. It’s the story where some ridiculous group of prudes with a ridiculous name like “the American Stars and Stripes Parents of Children Jesus Face League” or something start yelling to anyone who will listen about how some cartoon butt is going to make their children turn into gay, satanic serial killers. These stories are all basically mad libs. I feel like there’s just a bucket somewhere where you can pull out a name of a group, the name of a TV show, and the name of a ridiculous “offense.” This week we’re here to talk about the *PARENTS TELEVISION COUNCIL* calling for a boycott of *AMERICA’S GOT TALENT* because of *HOWARD STERN BECOMING A JUDGE.*

Yes, it looks like America’s Got Talent has faced the always successful and totally not a waste of everyone’s time wrath of the Parents Television Council. You know America’s Got Talent, right? That’s the show where a bunch of B-list celebrities sit in shiny chairs in a crowded theater while random people sing show tunes really well. Got it? No, it’s the other show. No, the other other show. Anyway, the NBC hit (that’s a weird phrase to type) is about to start a new season with Howard Stern as a new judge.

So, what’s the problem? Well, lets take a look at the letter they’ve apparently sent to 91 of the show’s sponsors. I mean, we might as well look at it. Lord knows most of these companies probably have a special trash dumpster marked “Parents Television Council” by this point.

“As a former sponsor of NBC’s America’s Got Talent, the Parents Television Council urgently brings to your attention the return of this program, but with the addition of ‘shock-jock’ Howard Stern as a judge. The season premiere is scheduled to air on Monday, May 14th.

Programs like AGT have offered millions of American families a brief respite from the otherwise-ubiquitous stream of violent, profane and sexually-explicit content on primetime broadcast television. Talent/performance competitions like American Idol, Dancing with the Stars, The Voice and AGT are among the highest-rated programs on the air. A key reason is that these programs have been relatively safe for family viewing. NBC’s decision to add Mr. Stern to AGT will likely result in a sharp increase in explicit content, and we urge you to be mindful when considering a media buy.”

Wait a minute? Stern’s addition will “likely” result in explicit content? What, they couldn’t wait for it to actually happen? Jeez, these guys must have been really bored. I suppose, despite the title, being the self-appointed Fun Police isn’t that fun after all.

Anyway, hearing people getting outraged over Howard Stern is kind of fun. It’s like we’re in the 90s or something. Woo! 90s! Beavis and Butthead start fires! Marilyn Manson worships the devil!