Pastor Defends Controversial 16,000-Sq.-Foot House: ‘Everything We Have Comes From God’ 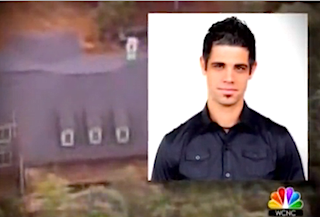 A Charlotte, North Carolina pastor has been taking some heat for a massive, 16,000-square-foot home he is currently building with his wife. Steven Furtick, who leads Elevation, the largest mega-church in North Carolina, was forced to address the multimillion dollar mansion during his sermon on Sunday.

“My wife and I made a decision, and we built a house,” the 33-year-old Furtick told his more-than 12,000 followers from the Elevation stage, according to a report in the Charlotte Observer. “It’s a big house, and it’s a beautiful house, and we thank God for it… We understand everything we have comes from God.” While he did not apologize for his decision to build such a large house, Furtick did say he was sorry for the “uncomfortable conversations you had to have this week.”

Furtick decried the intense media attention his project has generated, but stressed that the media “is not our enemy,” but rather just doing their job. The sermon appeared to get a positive reaction from the congregation, who rewarded him with a standing ovation.

The pastor did not use any church money to pay for the house, but has made large profits off of his books. “What happens is these pastors are on television or on radio and they write a book, and it’s based on their sermons,” Ole Anthony, the president and co-founder of the Trinity Foundation, a nonprofit foundation that monitors and investigates religious fraud, told The Christian Post. “But then what happens is the church is paying for the time and the place to write the book, and then the church is paying for the airtime to advertise the book. And it’s just unseemly.”

Watch video below, via WCNC-TV: