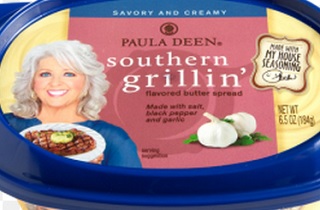 Now that celebrity chef Paula Deen has become her own Finishing Butter by admitting, in a legal deposition, to using the n-word and planning a slavery-themed wedding, the predictable backlash against her shaming has begun. The reason her multiple video apologies aren’t going to work, though, has little to do with the fact that she said a “bad word,” or a “mean word,” although the words she admitted to using are central to her demise as a popular celebrity brand. The word, and the thought behind it, cuts much deeper than that.

The word “nigger” is unlike other racial slurs in several respects, most importantly because in addition to being used to diminish, insult, and marginalize an individual of a particular race, it also has a long history of use as a weapon of conditioning. For hundreds of years, repetition of the word accompanied atrocities, first at the end of a whip and worse, and later the end of a rope, and still later the threshold of schools and lunch counters, as a means to literally keep black people in their place. It is white privilege that allows someone like Bill Maher not to know, or care, about that difference, and simply view this as a “bad word.” It’s the same white privilege that won’t let him understand that after generations of suffering and struggle, it might not be amusing, to some people, for him to cast the first black president as a stereotypical criminal street thug.

Paula Deen’s sins spring from an even deeper well of white privilege than that. If all she had done was admit to saying the n-word, she’d just be a more honest version of every white person in America, or at least everyone my age and older. Hell, I used it a few paragraphs ago. In her deposition, though, Deen made a distinction between use of the word in a “mean way,” versus acceptable uses, like in jokes, or in relaying conversations between black people. Her attitude seems to be that of a willingness to refrain from  using the word out of sensitivity to changing times, not out of an understanding of its inherent evil. It’s an attitude that a lot of white people share, with varying degrees of begrudgement, that they’re doing black people a solid by not using it.

Once Paula Deen’s name became linked with the n-word, her brand became instantly radioactive, but she might have recovered from that with the right, perfect kind of apology. There are some who even admire her honesty. But her wish for a slavery-themed wedding is what sealed the deal.

Q. Was Lisa ever present when you discussed with Brandon what kind of wedding you’d like to have?

A. I don’t recall that. I recall — I do recall, once again, in my bathroom at that house and why we would have been in that bathroom, I was probably filming and changing clothes, that’s the only reason we would have been in that bathroom, they must have run out during my lunch break or something from filming, and I remember us talking about the meal.

And I remember telling them about a restaurant that my husband and I had recently visited. And I’m wanting to think it was in Tennessee or North Carolina or somewhere, and it was impressive. The whole entire wait staff was middle-aged black men, and they had on beautiful white jackets with a black bow tie. I mean it was, it was really impressive.

And I remember saying I would love to have servers like that, I said, but I would be afraid that somebody would misinterpret.

Q. If you would have had servers like that, why would that have made it a really Southern plantation wedding?

A. Well, it — to me, of course, I’m old but I ain’t that old, I didn’t live back in those days but I’ve seen pictures, and the pictures that I’ve seen, that restaurant represented a certain era in America … after the Civil War, during the Civil War, before the Civil War.

Q. Back in an era where there were middle-aged black men waiting on white people.

A. Well, it was not only black men it was black women. … I would say that they are slaves. But I did not mean anything derogatory by saying I loved their look and their professionalism.

See, to Paula Deen, the slavery part was incidental to her appreciation for that scene. The aesthetic that she enjoyed was centered around her own experience of living in the South. That’s the essence of white privilege, the ability to just adore the crisp “professionalism” of these men and women, without a thought for the price of that comforting visual. She didn’t like the slavery, she just liked the way it looked. This is the same attitude that lets some people defend the Confederate flag with that “Heritage, Not Hate” garbage, as if there is any way of separating the two.

It is that inability to see beyond one’s own privilege that led Paula Deen to make her truly fatal error. Whatever amount of money Lisa Jackson is suing Paula Deen for, it can’t be more than Deen now stands to lose, yet Paula Deen, and what must be one of the worst lawyers ever, elected not to settle the suit, thinking that this would all be okay.