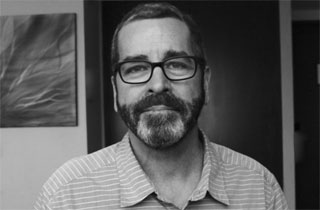 In a self-deprecating post on his blog, former CNN anchor and current PBS NewsHour science correspondent Miles O’Brien revealed that he lost his left arm from an accident sustained while reporting in Asia.

O’Brien, a 16-year-veteran of CNN, had recently finished shooting in the Philippines and was packing his belongings on February 12th when a heavy Pelican case fell on his forearm. Though it hurt, he “figured it would be okay without any medical intervention,” and didn’t seek medical attention for two days. On the 14th, however, his arm had swollen to the point where he asked for the hotel to refer him to a doctor. In his own words:

[The doctor] had me admitted to the hospital. Over the next few hours, I endured probably the longest, most painful experience I could ever imagine. My forearm developed some dusky discoloration, but more alarming was the numbness. I could not feel my forearm!

The doctor recommended an emergency fasciotomy to relieve the pressure. This is a gruesome enough procedure on its own, but the he was clear that the problem was progressing rapidly and there was a clear and present threat to my limb.

It was getting real. Of course I wasn’t awake for the action but I was told later that things tanked even further once I was on the table. And when I lost blood pressure during the surgery due to the complications of compartment syndrome, the doctor made a real-time call and amputated my arm just above the elbow. He later told me it all boiled down to a choice…between a life and a limb.

Though he admits that his new status quo is “challenging,” O’Brien seems to be taking his misfortunes in stride: “I wish I had a better story to tell you about why I am typing this with one hand (and some help from Dragon Dictate),” he joked on his blog. “A shark attack would be interesting.”